This is what happens when you’ve lost sense of space and time, but enjoy yourself nonetheless. 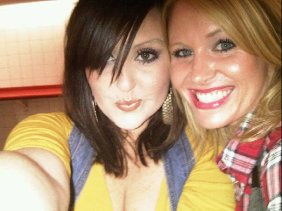 Every time I think of my tender hearted and dear friend, Michele, The Beatles song enters my quirky brain, “Michele, ma belle, these are words that go together well, my Michele.”  In fact I often associate people with songs, or maybe the other way around, but either way she is my spirit sister.  We met years ago at American Express when we were both working corporate America.  Not that there is anything wrong in that.  We are both just done with that phase of our life now.  She’s blessed with two beautiful boys and has blessed me with a Godson that I often gush about.

After going to bed yesterday feeling kind of crummy, my Michele text me and as shown below, this is exactly why I love her. Tonight we are going to have a candle lit dinner à la rooftop, makeup free, laughing above the beautiful desert and cityscape of Downtown Phoenix.  We may even cry a tad because that’s what we do and then we’ll laugh a little more.  But all in all, thank you, my Michele.  You don’t know how much you impact my world.

Here’s our loony conversation, telling her to show the lady at the Vietnamese restaurant my picture because she knows me and will therefore automatically know what we want.  Brilliant if I do say so myself.  We’re like Miranda in Sex & the City, except with Pho. Always a laugh, with my Michele.

PS- Don’t bitch at me bc I know The Beatles version of My Michelle is with two ll’s but MY Michle is only one. So there.

Growing up in an all-British household, I was convinced during the first five years of my little life, that The Beatles were the British Government.  This of course came before I realized that John Lennon had been shot to death in New York City, five years prior to my birth and that there was such thing as the Royal Family and the House of Parliament, amongst many other things. After all, I was growing up in America, but the initial stages of my childhood were brought upon by British traditions and anecdotes.

Generally speaking,  it may have been the stories I was told from my Nan about how The Beatles hailed from the same region in which our family came from, or how she used to watch them at The Cavern Club before they took the world by storm with Beatlemania.  Imaginably, I have always glorified them because my Granddad had a band called “Cheshire Cats” where he would play at The Cavern Club, in Liverpool, just before The Beatles would take the stage.  Moreover, I have always had a special connection to their music and as I grow older I have the fondest of memories blaring the music with my Nan on the way to Las Vegas, or the time that my Nan, Mum, Auntie and I went to see Beatles Love Cirque Du Soleil and my Nan enlightened all of the songs and their some what political meaning they held at the time the songs were released.  I have always associated The Beatles with my Nan and Granddad and that will be something I can carry with me for the rest of my life.

Yesterday, I believe that I had my most challenging chemo session to date.  The Avastin once again reared it’s violent side effects on my weak body, despite taking the right measures and medications in an effort to avoid such symptoms.  While I didn’t have issues specific to my heart, I did have an incredibly difficult time breathing and each breath was taken with a sense of trepidation, as I felt that with each breath, it may be my last one.  Then began my old friend, the shakes.  My body began to convulse and erratic shaking took place.  As this was happening I was so doped up on medication that the only emotional response my body could retort was to cry in the arms of my lovely Nan.  Silently, I began to talk to my Granddad who is up in heaven and asked him to keep an extra eye on me and instantly within that little whisper, Here Comes the Sun began to play in my mind as I drifted in and out of consciousness.; “…little darling, it’s been a long, cold lonely winter, it feels like years since it’s been here.  Here comes the sun, here comes the sun and I say, it’s alright…”.  The song continued to play, for only my ears to hear and I knew it was a sign from my Granddad that he is watching over me and that everything would be alright.

As the ingenious John Lennon once said, “…we all shine on, like the moon, and the stars, and the sun.”  Thank you to my Nan for always being by my side through the fun times and the not-so fun times, you are my rock, my sunshine and to live in a world without you is unimaginable.  And to my Granddad, you may not be “here”, but thank you for letting me know you are with me, standing by my side, from the other side.   As for The Beatles, thank you for always providing me with a connection to my Nan and Granddad and for always being the chosen voice and sign during my times of trouble and hopelessness.

“Words are flowing out like endless rain into a paper cup, they slither wildly as they slip away across the universe. Pools of sorrow, waves of joy are drifting through my opened mind possessing and caressing me.” – The Beatles, Across The Universe 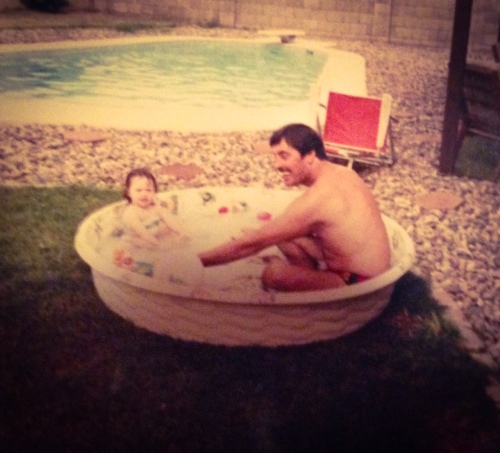 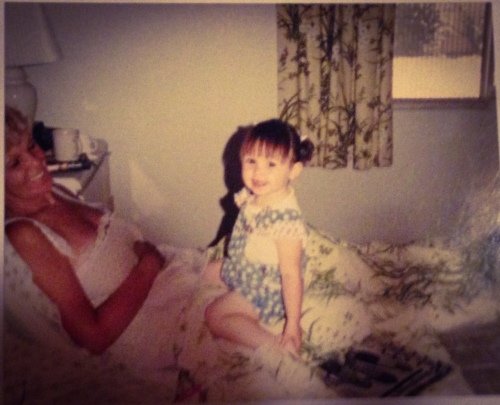 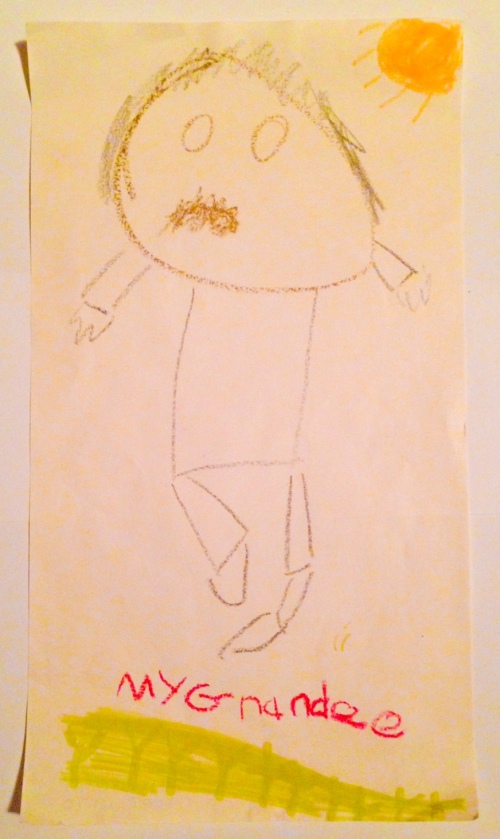