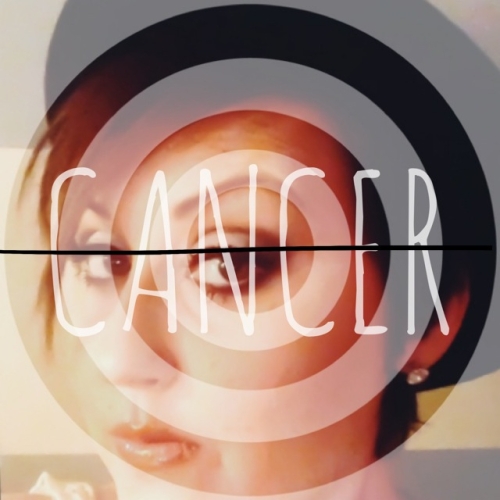 While I had gotten my fusion pack removed earlier in the day, I felt pretty decent and truly untouched by the effects of chemo, outside of fatigue, a bit of standard nausea and my sensitivity to cold.  Once I arrived home from the appointment to remove my fusion pack, until I undergo chemo again in two weeks, I took an exquisite and much needed nap.  As I awoke from the nap, I awoke to a text message that I could not refuse.  My two very lovely friends, Sean and Wayne had asked me to meet them for dinner at a new restaurant in our neighborhood.  Short of any hesitation, I immediately responded with a, “YES!” and was out the door in no less than fifteen minutes.

The eatery was chockfull of downtowners, eager to try the new venue out and possess the gorgeous Arizona evening weather.  As we sat down to our table outside, I was feeling groovy, social and happy to be amongst friends for a night out.  Seizing the catch up session, we chatted about everything under the sun and limited the cancer prattle to a minimum, outside of the occasional, “F*&K Cancer” holler from my charming friend, Wayne.

Abruptly, my disposition altered.  I was attempting to maintain our boisterous conversation(s), but promptly found myself feeling clammy, with blurred vision and sick to my stomach.  Before I knew it, I was sick all over the table, amidst the hip, restaurant and its patrons.  Despite feeling as though I was about to black out, I recall feeling mortified and affronted by my illness.  Just like that, under the normalcy of the moonlight and company of my friends, the cancer snuck up on me as an unpleasant reminder that it’s still there and I am still sick.  Long gone are the days of being footloose and fancy free, impromptu dinners with my mates and not having to consider how I am “feeling” prior to making plans.

Sean and Wayne both went into crusader mode, both assisting me with the simple task of walking, as I was on the brink of blacking out.  The funny thing is, I kept thinking that the other restaurant goers most likely thought I was piss drunk and heedless of remotely any class for my sickness was everywhere.  As wonderful friends, Sean and Wayne put my mind at ease and told me that it doesn’t matter what anyone thinks, all that matters is that I am okay.

Thankfully, they got me home safe and sound and I was able to sleep off the gaffe of my chemo side effects.  In the daylight, I reflected upon my evening and felt guilty for being humiliated by my cancer, as if I had some form of control or jurisdiction over having cancer at all.  If anything last night allowed me to have a mortification proclamation, it allowed me to feel ashamed of my disease and expose the insecurities that come along with the territory.  It’s okay to feel wrathful, blue and disheartened by cancer, but for me, I will never allow myself to feel shamed because of it.  Each day I am fighting for my life and that is something to be proud of, not indisposed of.  There will be times in the future when I get sick in public or find that I cannot keep up with the normalcy that I was afforded pre-diagnosis, but I am thankful to the friends I have that are there by my side to pick me up when I fall down (literally) and assure me that all is going to be well.

Thank you, Sean and Wayne for being such studs and super-hero’s.  Love you both xx